Why would someone want to celebrate their birthday with the Zombie theme? You won’t believe but Zombie is a very popular theme for Birthday parties. In fact i receive many orders for Zombie theme birthday cakes and party supplies. Zombie is a concept in folklore in which the corpse of dead rises to hunt and haunt the livings. The early zombie films (Specially George A Romero’s Night of the Living Dead) made the concept so popular that it resulted in a billion dollar franchise.

1. Is it Green Goblin’s hand or is it the Mighty Hulk? No its a Zombie. Quiet unusual for a 30 year old. 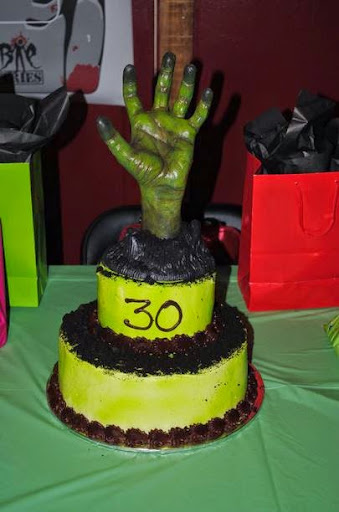 2. This cake is so neatly done that i almost forgot it is a cake. It looks more like a fan art from one of The Walking Dead Episodes. 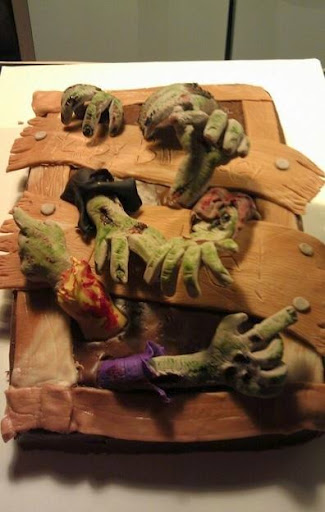 3. While this cake would not serve good for a teen or a kid but it surely would go fine for a die hard Zombie fan. 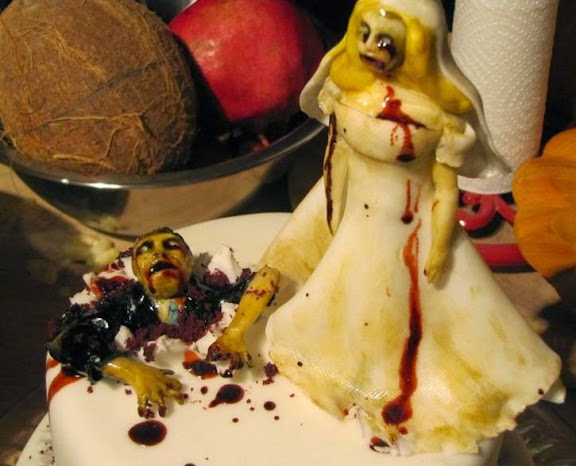 4. I love the idea of Quote cake. Zombie theme can go well with it. You don’t have to bake a zombie, instead you can write a popular quote from Zombie movies and TV series on your cake. 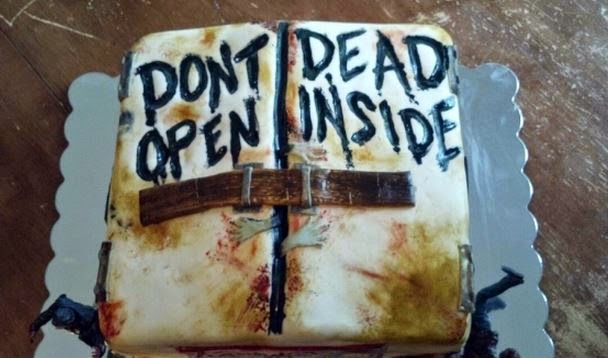 5. You can also go old school and try the popular idea of dead rising from graves just like this one. 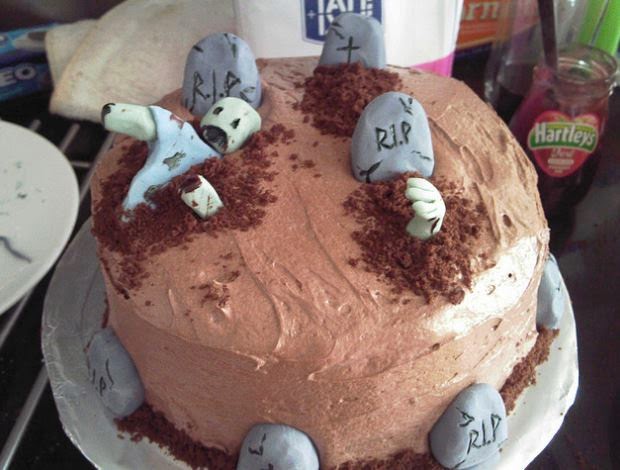 6. I don’t think i would like the bite of this cake but for a zombie lover this is eye of the party. 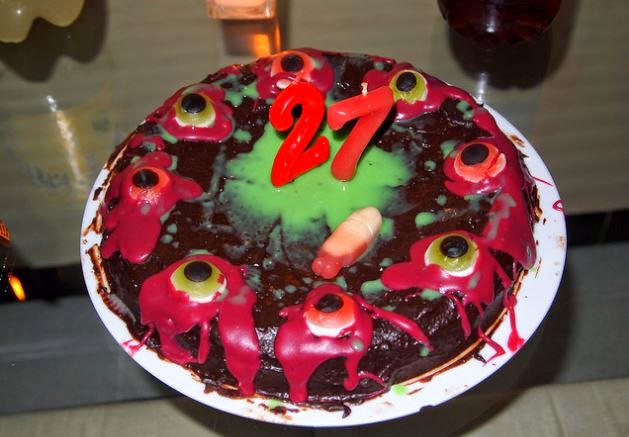 7. A Rising hand cake is more easy to bake and you can very well put it over a two tier cake. 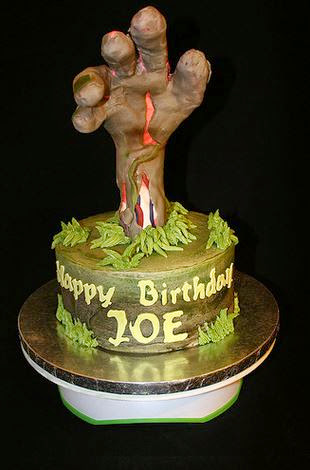 8. Try this cake design only if your kids birthday fall on Halloween (plus he is old enough). 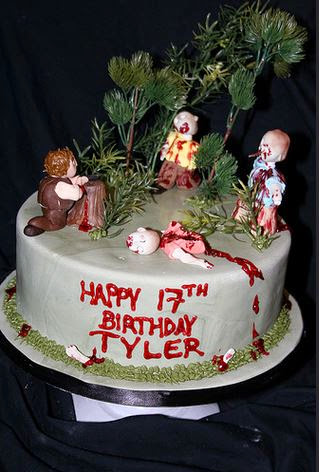 9. Now here is a cute zombie cake that would go well with all ages. Perfect cake for kids, these zombies are cute. 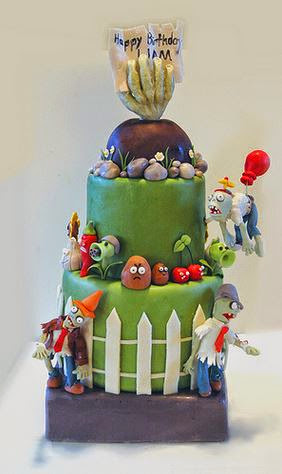 10. Bake such cake for your friend and he/she might love it. 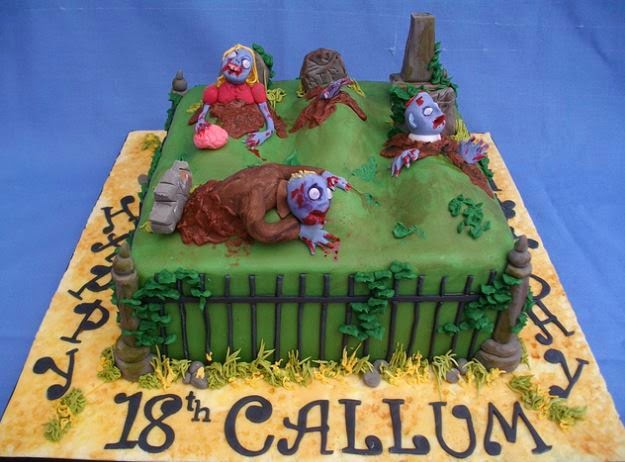