Spiderman is probably most popular Marvel comics character. If Robert Downey Jr. would have never made Ironman so popular then i guess everyone would have accepted the fact that Spiderman is the actual face of Marvel comics. Spiderman has been regarded as one of the best superhero of all time placed after Batman and Superman of DC Comics. The character was created by Marvel legend Stan lee in 1962. Spiderman franchise have extended to blockbuster movies as well.

Kids love Spiderman. If Spiderman is favorite superhero of your child then it would be great idea to have Spiderman themed cake for his birthday.

1. Here is a simple cake with Spiderman figure on it. To make it more effective the baker used black chocolate as Spider web on cake. 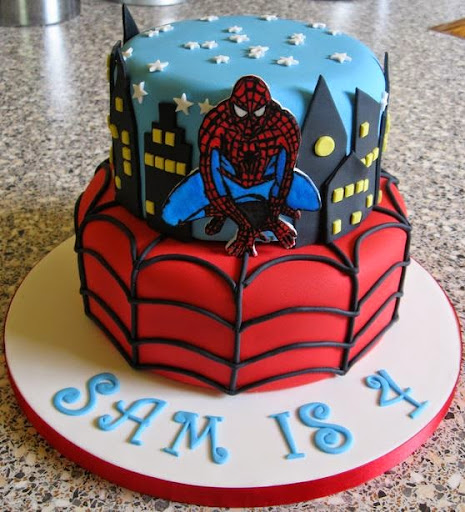 2. A Simple cake with edible Spiderman cake topper on it. 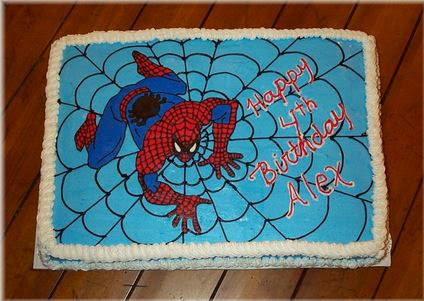 3. If you don’t want a spiderman figure on cake then you can go for a spider web on cake along with Spider just like this one. 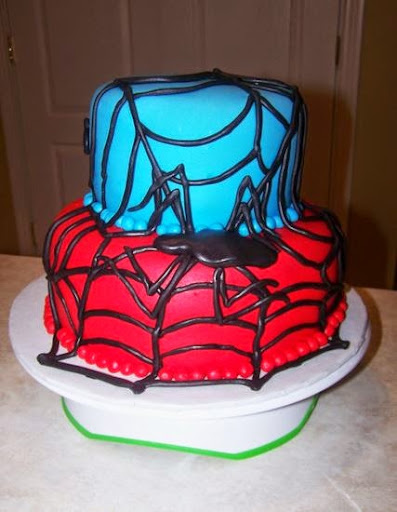 4. It would be good idea to have Spidy in action. Here spiderman shooting web on building. Great work. 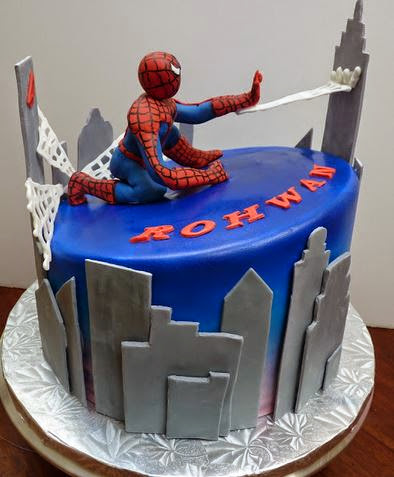 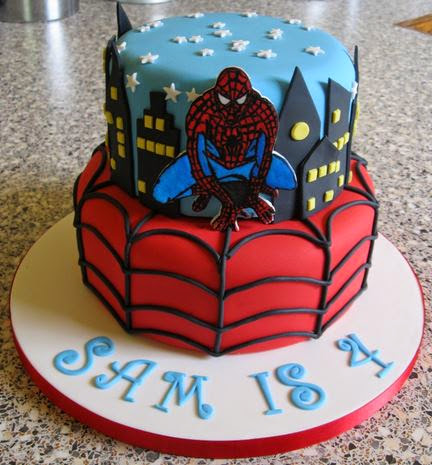 6. Spiderman’s climbing scene from the first Spider-Man (2002) film is considered classic. Here is the re-imagining of the scene on a cake. 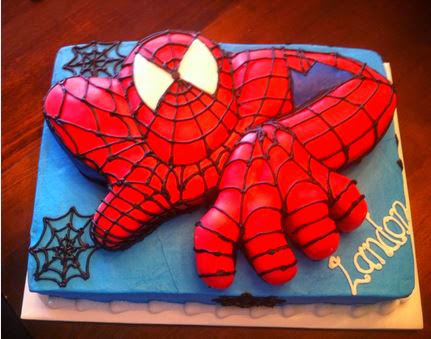 7. Bake a Blue and Red cake and place a Spiderman figurine on it just like this one. 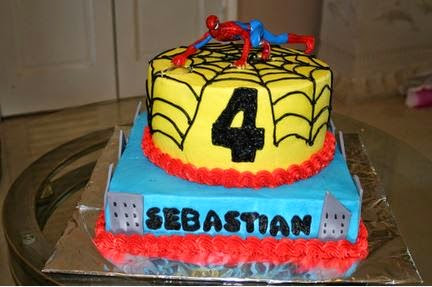 8. Spiderman have a flexible body so it wont look odd if you have a spiderman lying on the top of the cake as if he is trying to protect the cake. 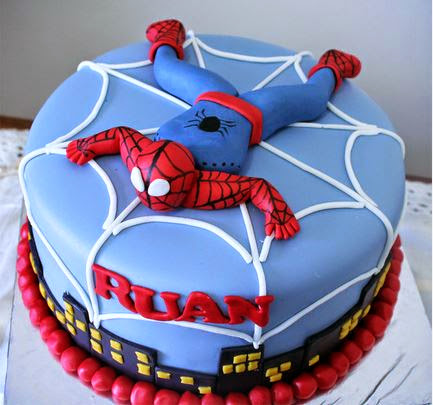 9. Its Batman who fight against crime at night but here is Our Spidy shooting webs in dark night. 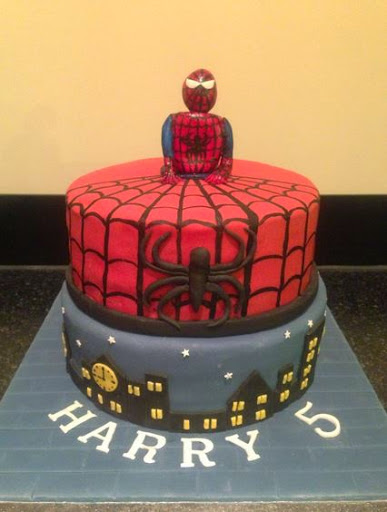 10. If you have no idea on how to make a Spiderman cake then this design would work fine for you. 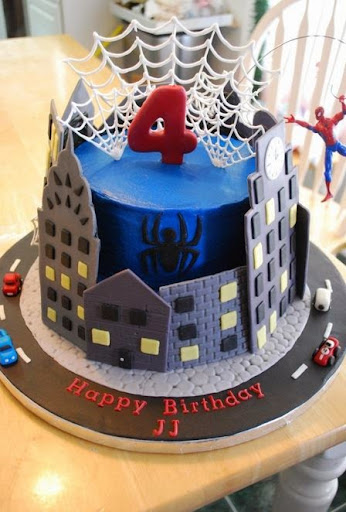